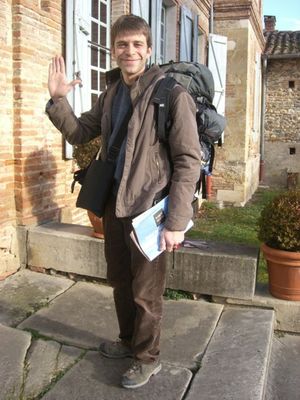 It is time for the road. While finishing my studies, I promised myself I would someday set out on a long trip. Encouraged by a bit of touristic travelling, I wanted to experiment the status of real traveller. That is: going wherever my curiosity leads, exploring a continent at the pace of my desires, having a glimpse of what liberty can be without the little stresses and pressures inevitably felt while living in France.

Asia is a miracle of strangeness. It is possible to cross the american continent from bottom to top speaking only spanish and english, but each asian border materializes a change of language, alphabet, religion, traditions and political situation. Nowhere else such contrasts can be found. Every major religion is present: islam, hindouism, buddhism, christendom, shintoism. Deserts or mountains, large dryness or torrential rains, stifling heat or glacial coldness, all this can be found in Asia. It is the most inhabited continent, shelter for 3.9 billions human beings. Our economic future is decided overthere right now. It is also a cheap place to travel, but for how long